Home > The History of Margaret Brock

The History of Margaret Brock 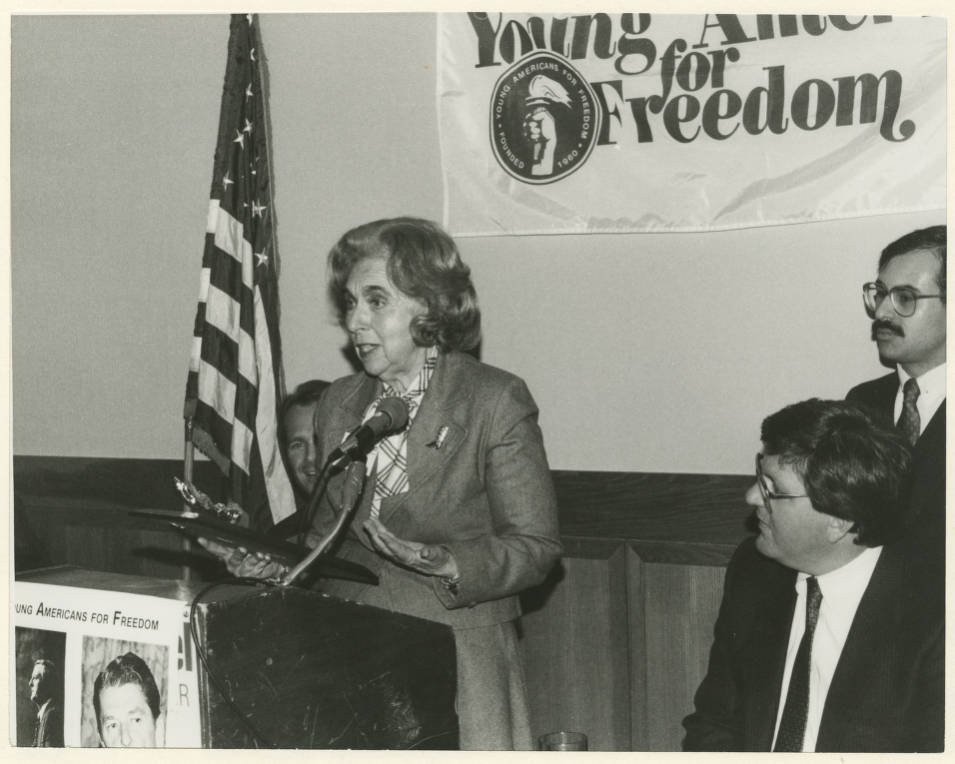 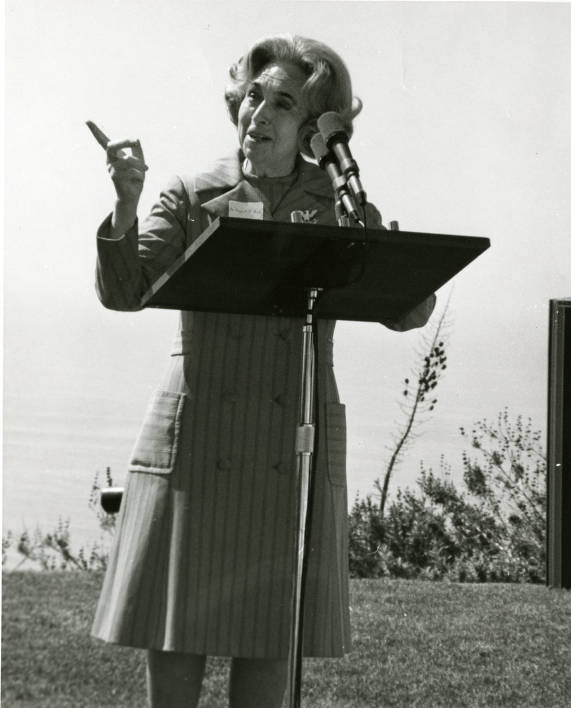 Margaret Brock was born to an affluent family in California. She grew up in the Los Angeles area with her sister, mother, and father -- who was a stock and bond associate. She was very active in her Angelino community and spent much of her time getting involved with youth organizations around the county. Margaret was quite a wealthy woman and often went out of her way to lend a helping hand to those in need. In addition, she did not always conform to society’s expectations of her. When she eloped with her husband George Brock, they had an unconventionally spontaneous wedding ceremony. Margaret did not throw a grand ceremony as many women of her time did. As one of the few women involved in the Republican Party, Margaret became the only woman to ever receive the prestigious Eagle Award by the Boy Scouts of America; the highest attainable achievement in the program. She was also dubbed Mrs. California Republican by former president Ronald Reagan. Her involvement in the party dates all the way back to the early 50s and was an essential element of her life. Margaret Brock’s lifetime was marked by her incredible resume of accomplishments. Additional accomplishments include: Serving as a finance chairwoman for 20 years, a founding patron of the LA Music Center, an active mentor of the Freedom Center, and an active member of dozens of other committees. Margaret felt very strongly about assisting young people, especially college students. As a result, she took her passion for the youth to Pepperdine University. She did not have any prior affiliation to the school, but decided to become a part of the community due to its close proximity to her home. When the Malibu campus was announced, Margaret moved from her home in Los Angeles to Malibu. At Pepperdine University, Margaret sat on the board of regents and was involved with the school of law. She even went on to receive an honorary degree by the university. Even though there is not a lot not known about Margaret, her impression upon the university is quite significant. 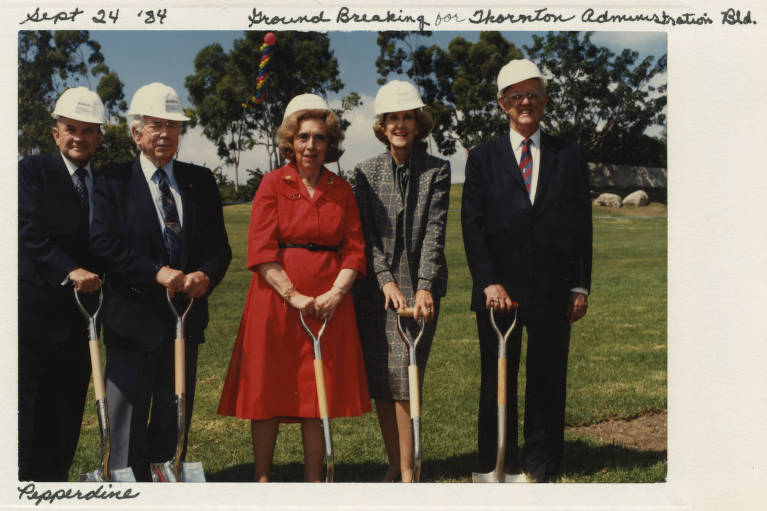 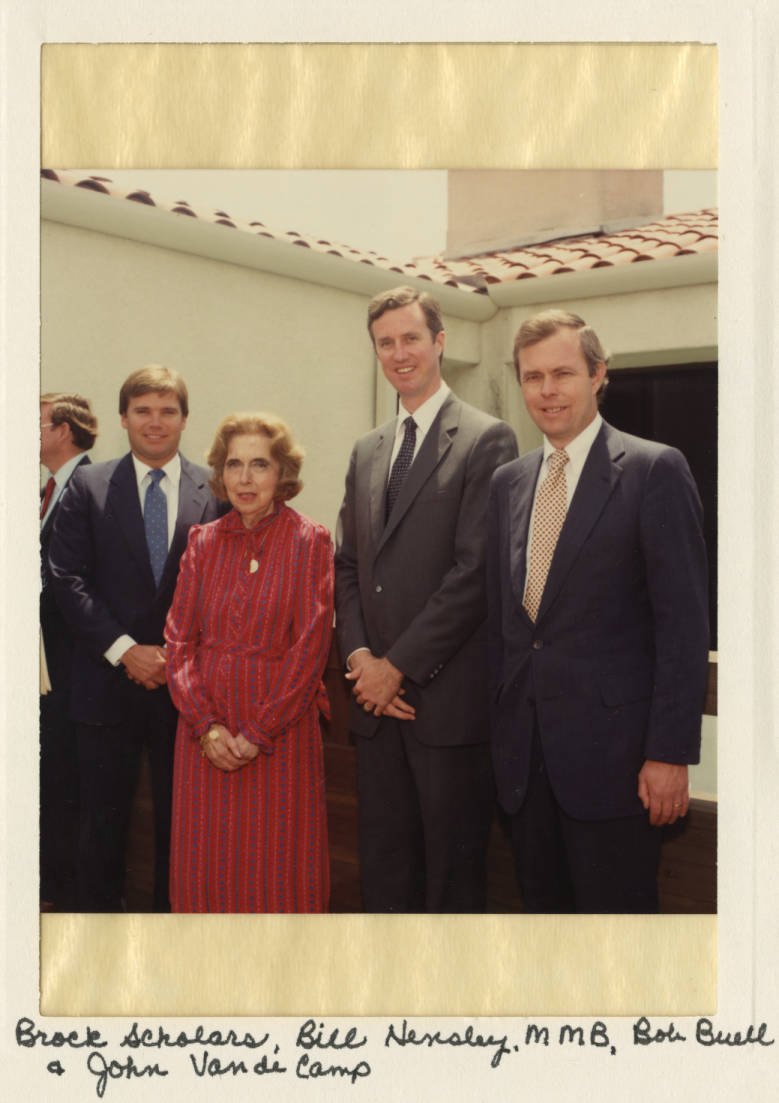 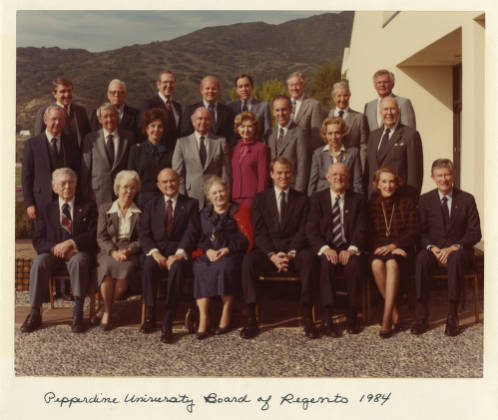 The Pepperdine campus in Malibu was just one of her many interests. As a university, we have been able to obtain much of her life’s collections including letter correspondence, artifacts, awards, and photos. She had no other children or family to get her materials so our university ended up with what she had saved over the years. She saved everything; all of the correspondence that she received as well as what she wrote. She had everything filed and kept beautifully in labeled folders. Even though much of her collection was not properly stored for quite some time, it remained in good shape. The librarians at Pepperdine did their very best to keep her work in its original order, and due to Margaret’s already organized files, the collection was processed within just a few short months. There is a conference room on our campus dedicated to Margaret that had a few important materials kept inside. This led to the belief that someone had begun this project about Margaret but never actually got around to finishing it. The amount of information that can be gathered from the collected materials is astounding. These letters, photos, and objects allow students to obtain a well-rounded picture of who she was as a person.